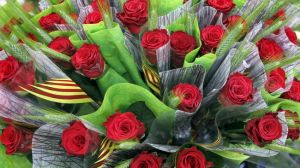 The Sant George’s Day or la Diada de Sant Jordi in Catalan, offers you much more then just books and roses, but still these is the basis of this day. It’s one of these days in the year, which shows you once again the uniqueness of Barcelona. In this article we are going to explain to you, what is the special of this day and how the commemoration of a medieval saint became a day on which almost 10 % of the annual book sale of Catalonia take place.

The origin of the day on which the city is celebrating its patron saint takes us back centuries to a hero who killed a dragon and rescued a princess out of the claws of a mean dragon which get killed afterwards. They say that a rose blossomed from the dragon’s blood, so here we have the link to the tradition of giving roses to your beloved woman. The streets and places are full of flower stalls and in the end of the day it’s hardly possible to see a woman without a rose in her hands. 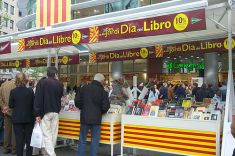 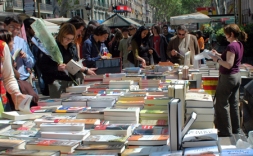 So the giving of roses has a long tradition but since the beginning of the 20th century it’s not just the women who are getting a present, for more than 80 years it’s also tradition to buy books and give them to its male sweetheart.
It was the bookseller Vincet Claver Andres in 1923 who felt that the people aren’t buying enough books. In addition he realized that the 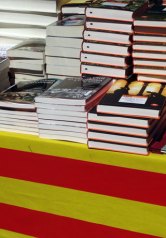 celebration is almost simultaneous with the deaths of William Shakespeare and Miguel de Cervantes on 23 April 1616. That was the perfect base for his intentions to promote books. His plan worked it, nowadays you can see in whole Barcelona almost as many as stalls which are selling books as  selling roses. Besides the 23th of April is since 1995 World Book and Copyright Day.

But the feast isn’t only about books and roses, rather it became a celebration of Catalonian and its language and traditions. When you are in Barcelona on this day you will see all over the city decorated by golden and red colours, the national colours of Catalonia. 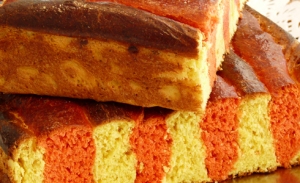 In the bakeries you can find the Pa de Sant Jordi (Sant George’s bread), in the Plaça de Sant Jaume you will have the possibility to see the traditional  Catalan national dance and in addition the Palau de la Generalitat (the Catalan Parliament) can be visit.

All in all la Diada de Sant Jordi exist of a mix of different influences and really is unique, you can be glad if you are on this date in Barcelona.

2 thoughts on “Sant Jordi in Barcelona: more than giving books and roses” 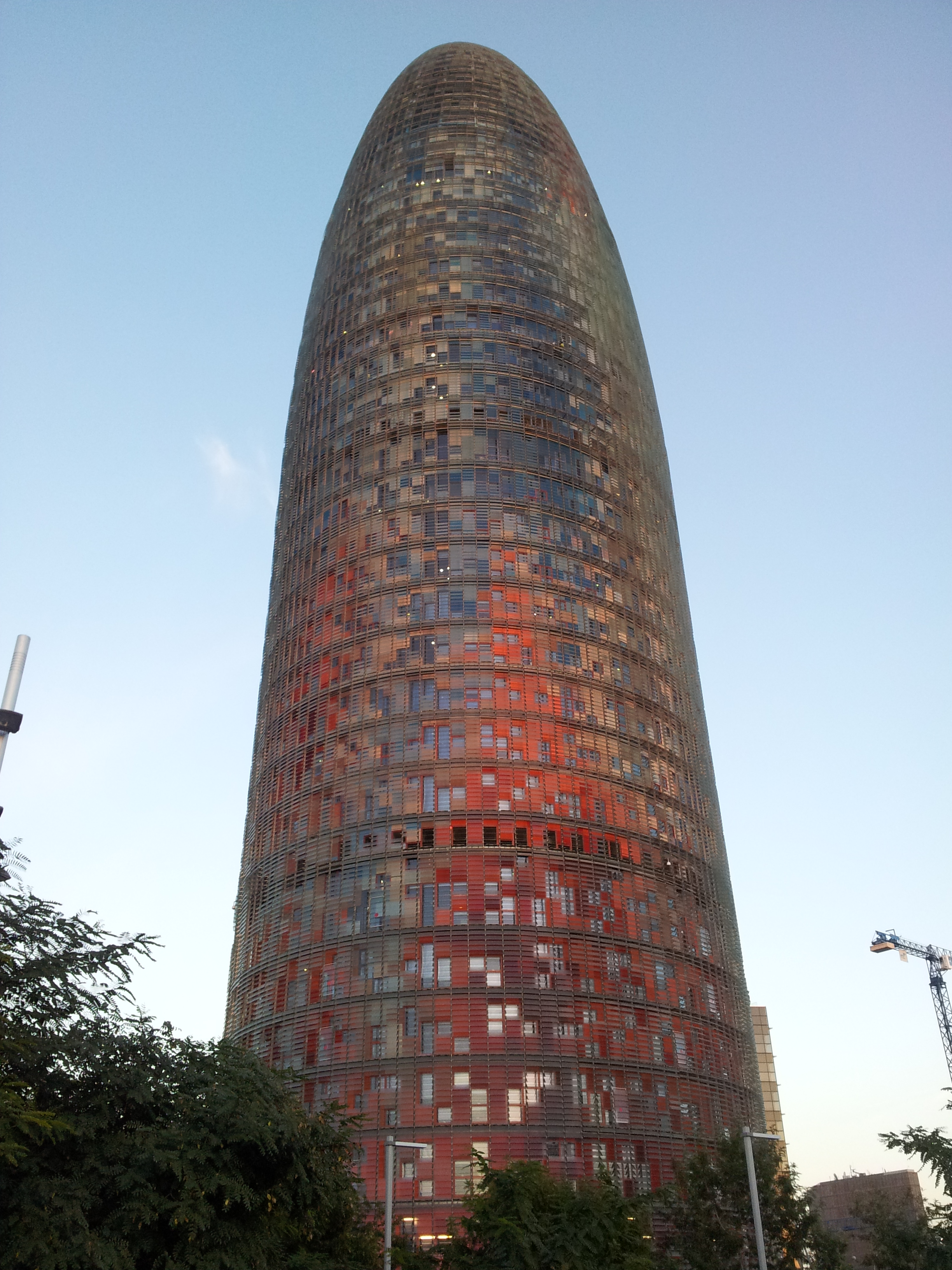